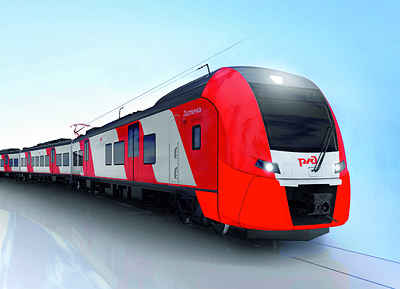 We have the pleasure to inform you that ITSA has signed a new contract with URAL Locomotives, for the manufacturing of the Complete Sidewall Panelling for 30 Desiro ES2G Intercity EMUs.

Ural Locomotives, located near Yekaterinburg, is a joint venture between Siemens and Russia’s Sinara Group. The Company has been awarded a contract with the Russian Railways company for the manufacturing of the German Desiro train, called Lastochka in Russia, for transportation during the Sochi Winter Olympics in 2014.

ITSA has already manufactured the Sidewall Panelling for the 54 previous Desiro Train units for Russia assembled by Siemens and will now deliver the parts with new design to URAL Locomotives.

We use cookies and similar technologies on our web sites to improve performance and make your experience better. Your use of our web sites indicates your consent to the cookies described in this policy. Please see the cookies policy, for more information.